admin Posted on July 11, 2010 Posted in Drugs No Comments 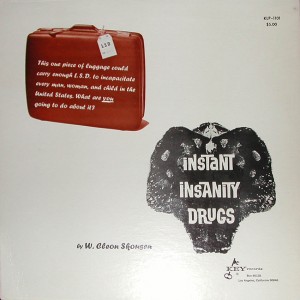 prominent Mormon W. Cleon Skousen. From the front cover: “This one piece of luggage could carry enough L.S.D. to incapacitate every man, woman, and child in the United States, What are you going to do about it?” Spoken word documentary cataloging the terrors and perils of LSD by former FBI employee, former Salt Lake City Police Chief and author of the anti-Communist classic, The Naked Communist. From the liner notes by Vic Knight.”My initial exposure to Mr. Skousen was through his hard hitting best seller, ‘The Naked Communist’. I’ve also read and profited from his recent book, ‘So You Want To raise A Boy’ and thoroughly delighted in his first record album, ‘Building Balanced Children’. Instant Insanity Drugs tops them all as far as I’m concerned. Skousen brilliantly unmasks the Timothy Learys among us, the Pied Pipers who tell our youngsters they can ‘turn on, tune in and drop out’ by means of potent weeds and seeds and chemical compounds.”We have not encountered this W. Cleon Skousen rarity before. The album jacket itself shows some minor wear, but the vinyl itself appears to be unplayed and in mint condition. An extremely uncommon piece of Mormon psychedelica. 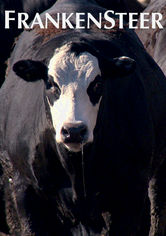